Why we choose SiteGround for website hosting, and our thoughts on some recent changes 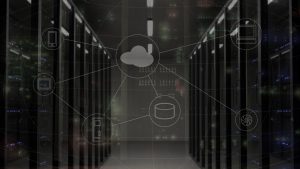 There are few topics as unnecessarily challenging as web hosting. For something that should be a simple choice, there are many factors that can make it anything but simple. Your website’s hosting company actually matters, though, because the speed with which your site loads affects not just your customers’ experience, but also your search engine ranking. And if (or when) something goes wrong, it can be the difference between a few minutes of troubleshooting vs days of downtime and exhausting back-and-forth support threads. So, choosing wisely at the outset is a worthwhile exercise, and since we are often in a position of recommending a provider to our clients (and because we’re often the ones interacting with it) it’s an important topic for us.

At least 99% of the time, almost any hosting will work fine and not require any thought or attention. It’s those few times when it does require attention that can make the difference between a quick seamless experience or a multi-day headache with hours spent dealing with tech support.

For most of our clients, save those for whom we host the website, we typically recommend our best choice and help set up and configuring the account and server. We’ve always tried to be clear that we don’t – and can’t – take on responsibility or liability for web hosting because we can’t control how they operate.

After cycling through numerous companies over almost a decade, we landed on SiteGround – a medium-sized company that seemed to check all three points on the “magic triangle” of quality, cost, and support. At best, most options give you two of the three, but SiteGround seemed to do all three pretty well, and for that reason we first tested for a year with some of our own websites before starting to highly recommend them and move many of our clients’ websites over to SiteGround accounts.

Why we liked them is that they were both small enough to still retain a ‘human touch’, yet large enough to own their own data centres (not just rending server space from others) and successful enough to resist being bought out by a giant conglomerate that’s been buying up tons of other small- and medium-sized hosting companies and then running them into the ground in order to cut costs and make more money for their shareholders.

Somewhat unfortunately, however, the secret has been out for a while now! SiteGround is ever-so-slightly starting to become a victim of their own success. They’ve become very popular and as they’ve grown, and they’ve been forced into some of the traps that bigger companies fall into. The most obvious of those is a support system where the first people you talk to can’t actually help you and just create a ticket for a mass of ‘behind the scenes’ tech support agents. These days, you can rarely continue a support thread with one agent, often going back-and-forth for a couple days with multiple support staff, often needing to reiterate the same points.

It’s not nearly as bad as many other companies. In fact, they seem to be doing an admirable job of scaling up hugely without loosing too much of the personal touch. But, it’s been somewhat challenging to experience these changes first hand.

Another area that’s changed is the web-based interface that customers use to interact with the servers. One of our main criteria for picking a new hosting provider a few years ago was their use of the industry-standard cPanel server UI. It’s relatively easy and intuitive and most IT people are very familiar with it. However, recently, SiteGround has decided to abandon it in favor of their own proprietary interface. It turns out that cPanel’s pricing model changed (from a per server model to a per account model) and as frustrated as I was to have to learn a new system, if SiteGround is passing on the savings to their customers, I can appreciate their decision. The new SiteGround user area seems well-tested and robust enough, offering most of the same features as cPanel, but it’s very different and takes a while to figure out where to access certain features and functions. If you want more info on this new client area, see here:
https://www.siteground.com/blog/new-client-area-and-site-tools/

The newest big change with SiteGround that prompted this post is that they’re abandoning their “bare metal” server environment for a Google Cloud platform. From a technical perspective, there are numerous advantages. The migration of all accounts to a new server environment occasionally requires some tweaks with domain settings, but for the most part, it should be a fairly seamless transition. We wanted to let our clients know it was about to happen for most accounts, and that they might see a need for a little bit of tech support time to reconfigure DNS settings, though hopefully not.
https://www.siteground.com/blog/moving-to-google-cloud/

We’re cautiously optimistic that we’ll see improved speed and performance on the Google Cloud platform, and another aspect we’re excited about is that “Google matches 100% the energy consumed by their global operations with renewable energy and maintains a commitment to carbon neutrality.” This is something we reluctantly sacrificed previously in selecting of hosting provider, because we felt performance and support were more important and we couldn’t find an excellent hosting option that we carbon neutral. So, we’re pleased with this new aspect of a core business service we rely on!

So, while there have been some changes that I haven’t loved, I’m still fairly impressed by the value SiteGround is offering and they do seem to have their customer’s needs front and center in much of the decision making. There are some growing pains, but I don’t know of any other service provider that offers the reliability, scale-ability, excellent pricing, and fast servers as SiteGround. Perhaps most importantly, they don’t try to up-sell or add-on unnecessary packages or features like so many other companies do.

For now, we’re comfortable sticking with SiteGround and keeping an eye on how they handle the significant growth they’re experiencing. We feel confident still recommending them and will continue to use them for our own sites as well, even if there are a few little hiccups. There are a couple hosting companies we dislike so much we refuse to work with even if our clients have pre-existing accounts with them. We won’t name them here, but you’ll know if you ask us to work with them on your behalf!

If you have any questions about your hosting, don’t hesitate to get in touch!